Submarine landslides are gravitational mass movements that occur on all sediment bearing continental slopes worldwide. They can be exceptionally large, with volumes two orders of magnitude greater than terrestrial landslides. In addition, submarine landslides are hard to monitor directly, and many uncertainties surround their preconditioning and triggering factors.

Many studies have shown that basal failure planes of submarine landslides coincide with mechanically weaker layers embedded within the slope stratigraphy. These layers are characterised by material inhomogeneities, such as sediments with a high liquefaction potential. The strength contrast, which marks the difference between these weak layers and the surrounding sediment, promotes focused shearing and the formation of basal failure planes along these zones. A key factor for slope failure is transient pore pressure within the sediment. A rise in pore pressure leads to the reduction of the vertical effective stress, which decreases the shear strength of the sediment and undermines slope stability. 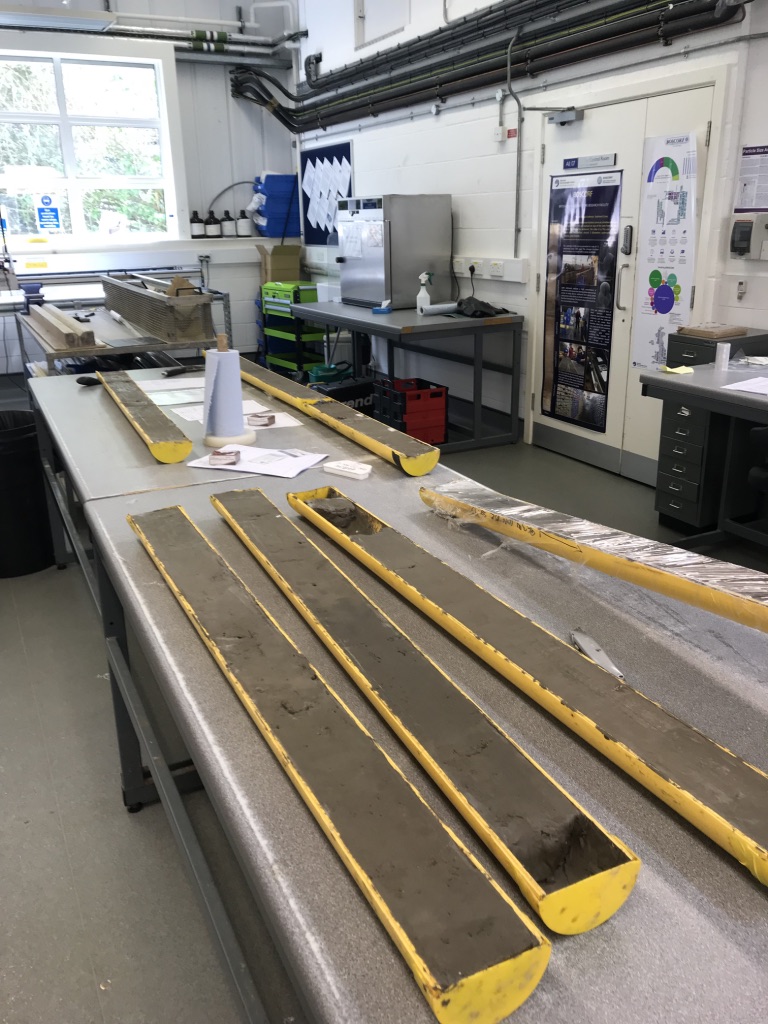 The Atlantic Frontier Environmental Network (AFEN) submarine landslide complex, located NW of the Shetland Islands, was first identified and mapped in 1996 (Wilson et al., 2004). Three piston cores were acquired during the R.V. Pelagia 64PE391 cruise and penetrated the gliding planes of the AFEN slide complex. These cores enable a detailed study of the material above, within and below the basal failure planes. For the present study, samples were taken for particle size distribution, water content, fall cone penetration, and additional geotechnical analysis (oedometer and triaxial shear tests). This allows an accurate characterisation of the slope sediments, and the identification of potential liquefiable deposits and impermeable clay sediments. The new data will help to understand which material has to potential to act as weak layer and where failure planes tend to form. 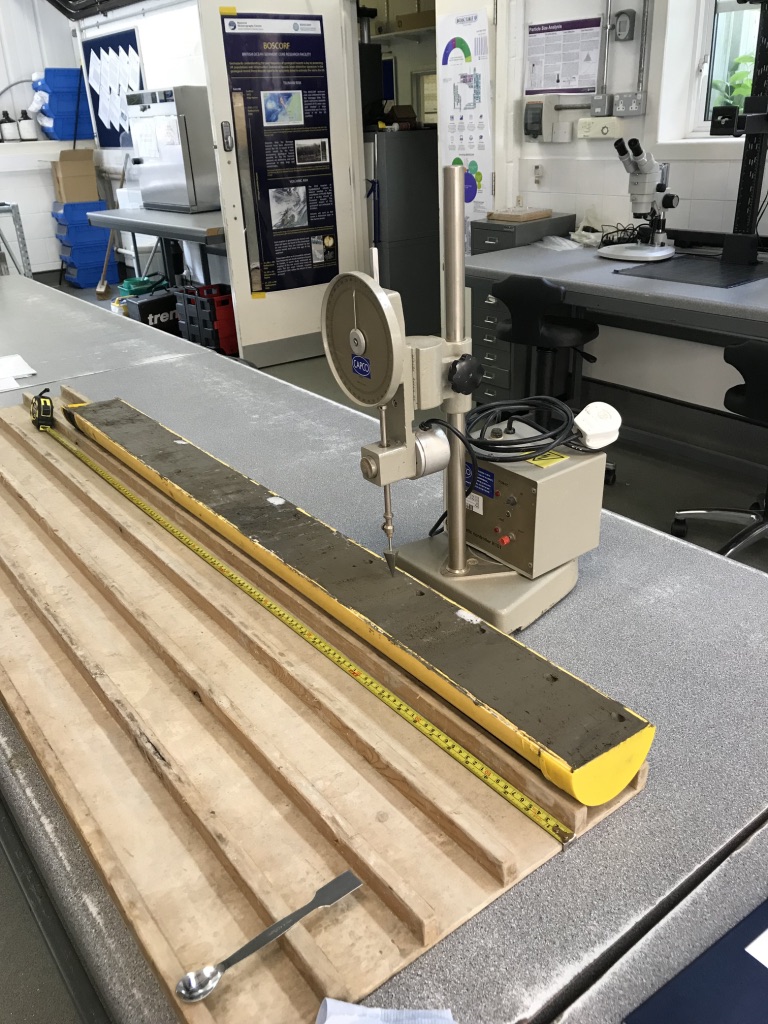