The University of Southampton led Black Sea MAP (Maritime Archaeological Project http://blackseamap.com/ in partnership with the Bulgarian National Archaeological Institute with Museum (http://naim.bg/en/home/) and Centre for Underwater Archaeology (CUA; http://www.cua-sozopol.com/en/), is one of the largest and most ambitious projects of its type ever undertaken. The project’s international team, funded by the Expedition and Education Foundation (EEF), a charitable foundation established to support marine research, is surveying the Bulgarian waters of the Black Sea where thousands of years ago large areas of land were inundated as the water level rose after the last Ice Age. The rate and extent of this flooding event has been fiercely debated by scientists for many years, with some proposing a gradual filling of the Black Sea basin while others suggest it was a cataclysmic event when the 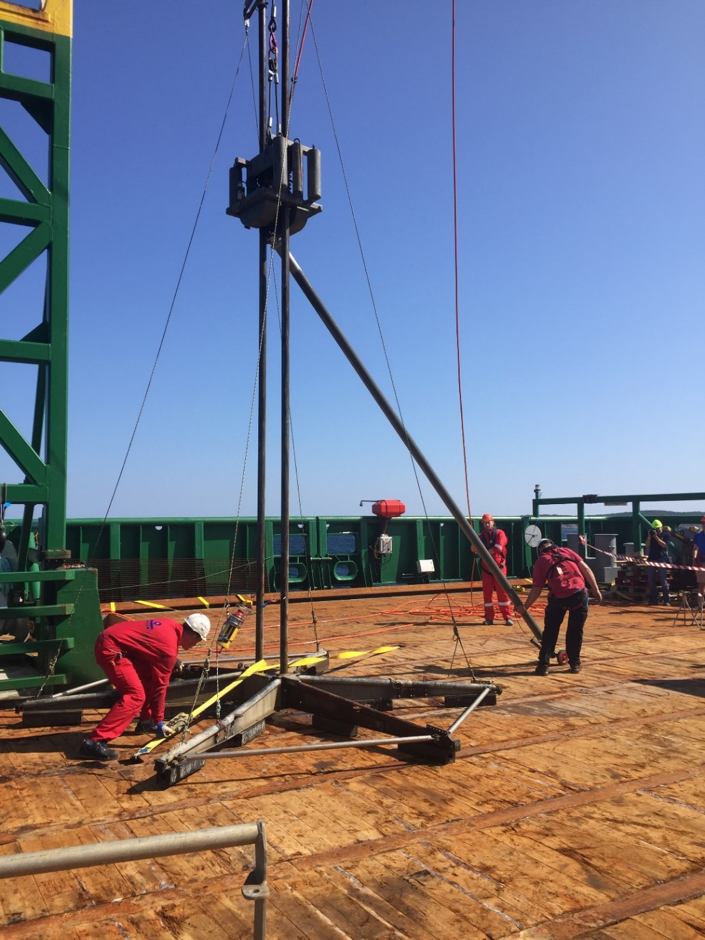 Mediterranean Sea breached a sill within the Bosphorus strait leading to the rapid flooding of the Black Sea shelf.

Black Sea MAP is investigating when this event happened, how rapidly, and what effects it had on human populations living in the region. In order to do so, the project has undertaken extensive marine geophysical surveys of the Bulgarian shelf over three survey seasons in order to detect former land surfaces buried below the current sea bed. Extensive geotechnical sampling of the seabed has been undertaken using vibro- and piston-corers in order to calibrate the geophysical seismic survey data and obtain material for characterisation of the sediments, analysis of the biological remains to understand the Late Quaternary evolution of the Black Sea basin, and dating the timing of these changes using techniques such as radiocarbon and palaeomagnetic dating.

Over 400m of sediment cores have been recovered from the project and BOSCORF has provided the ideal facilities to handle and study these sequences. Utilising their state-of-the-art non-destructive core analysis instrumentation, such as the automated ITRAX and MSCL-XYZ instruments, it has been possible to maximise the amount of information that can be obtained from this finite sedimentary resource while also minimising the amount of time required to generate this data. Palaeomagnetic dating of the core sequences demonstrates that a sedimentary record dating back to over 20,000 years ago has been recovered meaning that the project scientists are poised to address the questions about the flooding of the Black Sea shelf that occurred during the Early Holocene.

In addition to the extensive geophysical survey programme to understand the submerged prehistoric landscape, uniquely preserved shipwrecks have also been discovered, many of which are unique examples that have never been seen before, and have been surveyed in unprecedented detail using hi-tech submersible robots. Their astonishing preservation is due to the anoxic conditions of the Black Sea, created by a stratification of the water column as a result of the exchange of water between the Black Sea and Mediterranean Sea. These wrecks, which include those from the Ottoman and Byzantine Empires, provide new data on the maritime interconnectivity of Black Sea coastal communities and manifest ways of life and seafaring that stretch back into prehistory. 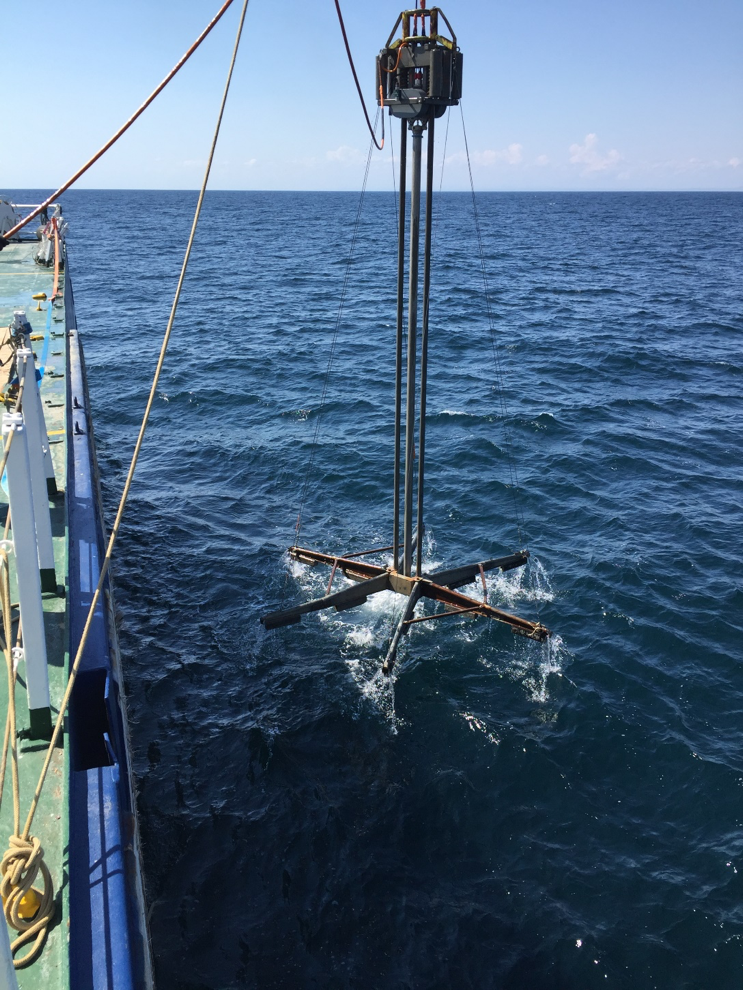 In addition to the core scientific investigations, this project uniquely also contains an extensive education programme. For the past three years a STEM Education programme has been run in collaboration with Catalyst Learning and Communication (http://www.gocatalyst.co.uk/). Through an active partnership with schools across the UK, A-Level students who demonstrated a potential and passion for STEM subjects, but may not be aware of opportunities in STEM careers, were identified and invited to join the Black Sea MAP project. The selected students attended residential training at the National Oceanography Centre in Southampton where they learnt about techniques including marine geophysics, geoarchaeology and the operation of ROVs. Utilising the world-class teaching facilities such as BOSCORF allowed students to gain hands-on experience undertaking sediment core logging and interpretation. Following the residential training, some students got the opportunity to spend a week aboard the research vessel while it was surveying in the Black Sea and even participate in many of the procedures, including offshore coring. Other students remained in the UK and had the chance to undertake their own research projects at NOCS working with samples and data generated from the project. These included projects looking at the sediment cores in BOSCORF, using the SEM to identify micro- and nano-fossils to understand long-term changes in the Black Sea salinity that can be tied to the Early Holocene connection with the Mediterranean Sea.

Every step of the Black Sea MAP project, both aboard the research vessels and ashore in key locations such as BOSCORF, has been documented by Black Sea Films ( http://www.blackseafilms.com/), whose team includes some of the world's most experienced underwater natural history filmmakers, including those who made the award-winning BBC series Blue Planet and Planet Earth. The documentary aims to communicate the science of the Black Sea MAP project to a global audience and will feature analysis undertaken within BOSCORF itself.